The Egyptian Diplomatic System in the Late Bronze Age Mediterranean beyond the terms of “brotherhood” and “equality”: the egyptian “abandonment” of power and aspects of pharaonic identity and kingship. 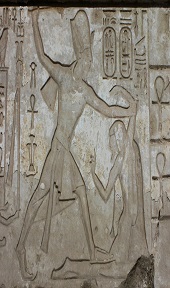 The nature of diplomatic contacts between Egypt and the Near East during the Late Bronze Age is arguably one of the most challenging themes not only for Egyptology but generally for the history of the ancient Mediterranean and the great civilizations of the past. Although aspects of this diplomatic procedure and the protagonists involved have been examined in several studies in the past, a comprehensive analysis of all relevant primary texts and secondary sources is still lacking. Crucial questions related to the innermost mechanisms involved in the mobilization of the pharaonic institute and power towards the foreign rulers and hegemonies have not been properly investigated in the past. This thesis will cover this gap by searching and analyzing various modes of political though and action: contacts and diplomatic marriages, the diverse notion of the uniqueness of pharaonic authority and the ideological abandonment of its power through the adoption of a common diplomatic language (Accadian) and foreign customs and practices, as well as the reciprocal approach in these contacts by such diverse nations as the Egyptians, the Assyrians and the Hittites. The crucial underlined theme, which will be thoroughly examined in the proposed research, is the Egyptian attitude towards the foreigners and the issue of political and cultural adaptation in the multicultural area of the southeastern Mediterranean basin of the second millennium BC. Furthermore, the originality of the proposed topic lies in the involvement of certain interdisciplinary research methods that make use of modern diplomatic theories and techniques for analysis and evaluation of ancient practices. Our aim is to collect all the available data and mutually and contextually analyze them under the light of modern approaches and interdisciplinary theories.